Even in retirement at age 77, Medal of Honor Bowl coach Willie Jeffries is still breaking down barriers. 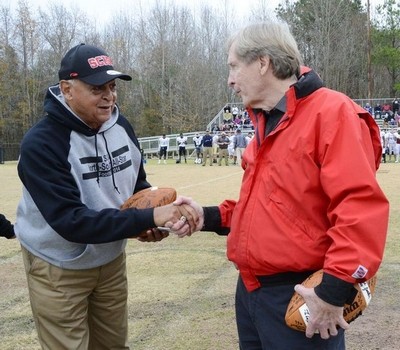 Jeffries, who became the first black head coach at an NCAA Division I school when he was hired by Wichita State in 1979 and spent 19 years as coach at historically black South Carolina State, found himself in an unusual job last week. He coached in the S.C. Independent Schools Athletic Association all-star game in Orangeburg.

The irony was not lost on Jeffries; SCISA was founded in 1965 as a way for white students to avoid public-school integration.

“I know people might have said, ‘Wow, what is Jeffries doing coaching a private school game?’” said Jeffries. “Some people might think about that. But I’ve spoken at Heathwood Hall, and I’ve helped Orangeburg Prep over the years with all types of affairs. 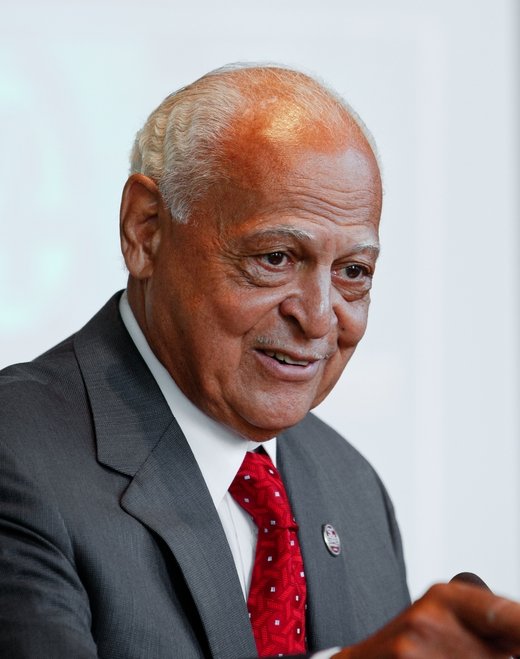 “A few years back, you would not think I would coach that team. But I did.”

His record as a winner – Jeffries went 35-6-3 and won five MEAC championships in his first six-year stint at S.C. State from 1973-78 – and as a ground-breaking coaching pioneer are just two reasons that Jeffries, inducted into the College Football Hall of Fame in 2010, remains a beloved figure in South Carolina.

Another is his unique ability to bridge divides and connect people from all backgrounds. After all, this is a man who played alongside Deacon Jones and coached players from NFL greats Harry Carson and Donnie Shell to the SCISA all-star team.

“He’s a bridge builder,” said S.C. State coach Buddy Pough, who played for Jeffries at the Orangeburg school. “Those kind of people, they are naturals at what they do. Everybody loves Coach; he can go anywhere, be in any room and captivate the whole room that way.”

That ability, Jeffries said, comes from his upbringing in Union. His father died when Jeffries was 4, and he worked at the Union Country Club for 12 years to help make ends meet.

“I got to know everyone there, and to be comfortable around everyone,” Jeffries said.

His mother did not want him to play football, but Jeffries got around that with a bit of trickeration.

“She would not sign the form,” he said. “One day, she was in a rush and I said, ‘Mom, sign this form. It’s for us to get our books tomorrow.’ She thought it was for my books, but it was for me to play football.”

“There, I had 16 white kids in my segment of the team, and one black kid,” he said. “So it was a complete turnaround for me, but I never had any problem with that.”

After his first stint at S.C. State, Jeffries became the first black coach at a Division I program when Wichita State hired him in 1979. He did not realize the full significance of the hire until he started reading about himself in newspapers.

“The newspapers were saying, this will have an impact on other black coaches,” he said. “When I saw that, I said, ‘Great day, I really have to dig in and do a great job.’ It was a lot of pressure when I realized it.”

Jeffries’ unique career arc made him the only coach to face both Eddie Robinson, the legendary coach at historically black Grambling State, and coaching icon Bear Bryant of Alabama.

“Bear Bryant was a great, great man,” Jeffries said. “We lost 38-0 that day, and I know he was being nice. But we got to the one-foot line and actually scored four times on quarterback sneaks. My wife was in the stands, and this nice old lady said to her, ‘Down here, honey, you’ve got to go a little deeper in the end zone. You’ve got to get about halfway in.’”

Jeffries returned to S.C. State as coach from 1989-2001, retiring with an overall record of 179-132-6. These days, he keeps busy with speaking engagements and appearances, his work on the board of the S.C. Ports Authority, and with opportunities such as coaching in the Medal of Honor Bowl.

As coach of the American team, he will face off against National team coach Chan Gailey, and relishes the chance to impact the lives of young men once again.

“I will insist that if they haven’t graduated from college, they go back and get that degree,” he said. “I will talk about that every day. And I want to let them know that what they do in this game will tell a lot about them, about their competitiveness and character – how they carry themselves around Charleston, their promptness, all that is what I look for.

“I want to let them know that success has no zip code. It doesn’t matter where they are from or how much money they have, they can be successful.”

If any life demonstrates that truth, it’s that of Willie Jeffries.