Set for 2 pm on Saturday, January 11 at The Citadel’s Johnson Hagood Stadium, the Medal of Honor Bowl is a premier all-star game featuring the nation’s top draft-eligible college football players as projected for the NFL draft. The game honors the Medal of Honor recipients and the game’s beneficiaries, the Medal of Honor Museum Foundation and the Wounded Warrior Project.

“Getting Bobby Johnson, Eric Moulds and Rusty Hamilton brings immeasurable mentorship and football knowledge to the great players that will be in this game,” Friedgen remarked. “We feel we have an amazing staff in place now and the fans are going to enjoy seeing very familiar faces on the sidelines.”

“What a great opportunity to be a part of this game! I look forward to coaching these young men and especially the full experience that only a bowl week can provide,” said Johnson. It’s an exciting event that honors our military at every level.”

Johnson most recently was the head football coach at Vanderbilt University, a position he held from the 2002 season until his retirement in 2010. In December 2001, Johnson became the Commodores’ head coach after leading Furman University to the Division I-AA national championship game. He coached the Paladins from 1994–2001, led the team to a 60–36 overall record during his eight years. Prior to his hiring at Furman, Johnson was the defensive coordinator at Clemson. In 2008, Johnson led Vanderbilt to its first winning season since 1982. His team went 7–6 with a 16–14 win over Boston College in the Music City Bowl, Vanderbilt’s first bowl victory since 1955 and only their second in school history. That season Johnson was named SEC Coach of the Year sharing that honor with Nick Saban of Alabama and Houston Nutt of Ole Miss.

His tenure at Vanderbilt was lauded for bringing a resurgence to a team that had long been dominated by its fellow members of the Southeastern Conference, notably guiding the Commodores to their first bowl game win in 53 years and snapping a 22-game losing streak to rival Tennessee.

Johnson graduated from Clemson in 1973, earning his Bachelor of Science degree in management, before earning his master’s degree in education from Furman in 1979. He currently lives on the Isle of Palms with his wife, Catherine.

He was the Bills’ first round draft pick (24th overall) in 1996, and for his first two seasons, Moulds was on the depth chart behind receivers Andre Reed and Quinn Early. He had his breakout season in ‘98, where set a single-season team record with 1,368 receiving yards, a total that led the AFC and was second in the league. Moulds also owns the Bills’ second-highest single-season total, with 1,326 in 2002, and his 20.4 yards per catch was second in the NFL in 1998.

In 2002, Moulds became the first player in Bills history to log 100 receptions in a single season.

Moulds established himself as one of the premier receivers in football in the late 1990s and early 2000s, amassing 675 career receptions and being selected to three Pro Bowls (1998, 2000 and 2002). He was named to the Bills’ 50th Anniversary Team

Hamilton, a native Charlestonian, also served as an assistant coach at The Citadel under Red Parker, Bobby Ross and Art Baker. He coached with Friedgen during Friedgen’s first fulltime assistant role in 1973.

“I’ve known Ralph for so many years and am quite honored that he would have me help,” Hamilton stated. “I have always loved the game and to get the chance to coach and prepare some of the best players in college is a challenge I enjoy.”

Tickets may be secured at the Medal of Honor Bowl Game’s dedicated website www.MOHbowl.com. They will also be available at www.Etix.com and charge by phone at 800/514-ETIX (3849). 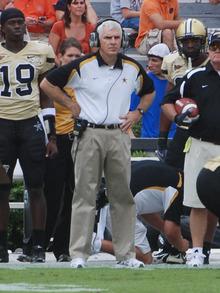 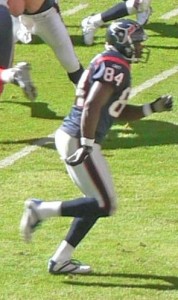 Eric Moulds as a Houston Texan