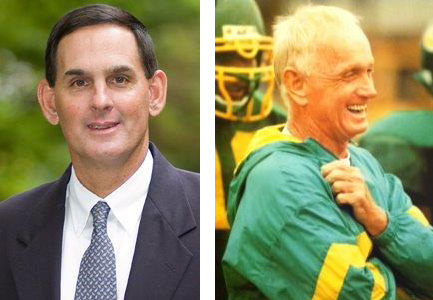 CHARLESTON, SC – Willie Jeffries, head coach of the 2nd Annual Medal of Honor Bowl’s American Team, has announced that Rusty and Paul Hamilton will assist him on the offensive side.

Specifically, Rusty Hamilton will guide the offensive line while his son, Paul, currently the head coach at Brevard College (NC), will coach the running backs.

Set for 2:30 pm on Saturday, January 10, 2015 at The Citadel’s Johnson Hagood Stadium, the Medal of Honor Bowl is a premier all-star game the features the nation’s top draft-eligible college football players as projected for the NFL Draft. The game honors the Medal of Honor recipients and the game’s beneficiaries, the Medal of Honor Museum Foundation, disabled veterans and wounded warriors.

Paul Hamilton recently completed his 33rd year coaching collegiate football at both the Division I and Division II levels, with 17 years of experience as a head coach. He recently finished his eighth year as the head coach at Brevard.

He began his collegiate football coaching career at The Citadel in 1982 where he coached the receivers. He then moved to East Tennessee State where he guided the receivers in 1983 before coaching the quarterbacks in 1984-85, in addition to calling the offensive plays in 1986-1987. Hamilton became offensive coordinator and quarterbacks coach for Mike Ayers at Wofford in 1988-89.

From 1990-96, Hamilton moved to the United States Air Force Academy as quarterbacks coach under Fisher DeBerry. During his last three seasons with the Falcons, he also called the offensive plays.

Hamilton moved on to become the head football coach at ETSU in 1997. During his seven years there, he became third on the all-time win list, along with the most Southern Conference wins of any head football coach in Buccaneer history. He then moved on to become the head coach at Elon in 2004-05. In his first season as head coach he guided the Phoenix to two Southern Conference victories, a first in the school’s young history as a conference member.

After returning to the Air Force Academy in 2006, Hamilton became the head football coach at Brevard College in 2007. He has guided the Tornados from a start-up football program to Division II status, along with becoming members of the South Atlantic Conference. He led the program in 2009 to a 7-4 record in only the third year of playing a full-time schedule.

Hamilton graduated in 1981 from Appalachian State University where he lettered for three years as a quarterback under DeBerry. The Charleston native was an All-State quarterback at Fort Johnson High and earned his master’s degree in secondary education from The Citadel in 1986.

Rusty Hamilton, a native Charlestonian, served as an assistant coach for last year’s inaugural Medal of Honor Bowl and returns this year.

A standout quarterback at Charleston High School, Hamilton graduated from Florida State in 1963. He began his coaching career at Florida High School – which was on the Florida State campus – before returning home and coaching football, wrestling and track at St. Andrews High for five seasons. He became the Rocks’ defensive coordinator and helped lead the team to the 1967 State Championship game. During his time at St. Andrews, he was one of the founders of high school wrestling in South Carolina. He won two state wrestling championships and was twice named South Carolina Wrestling Coach of the Year. He was later inducted into the National Wrestling Hall of Fame.

After spending the 1969 season as a graduate assistant football coach under Bob King at Furman, he began an eight-year run at The Citadel. While at The Citadel, Hamilton was the offensive line coach and also worked with the receivers.

From 1978-92, Rusty Hamilton left the coaching ranks to work in the family business but returned to the field in 1993-94 where he coached at Cainhoy High with Larry Sechrist. He joined John McKissick’s staff at Summerville High in 1994. In 1997, the Green Wave won the state title with Hamilton guiding the offensive line.

Tickets for the Medal of Honor Bowl can be purchased now online at MOHBowl.com, or in person at The Citadel ticket office in McAlister Field House beginning Dec. 9. 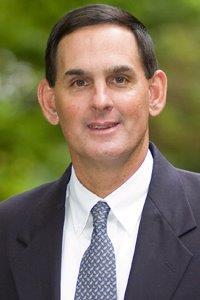 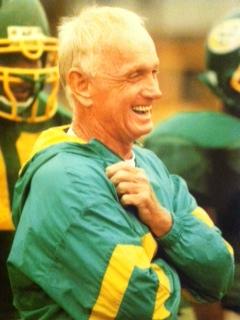