Win one for the Medal of Honor Bowl 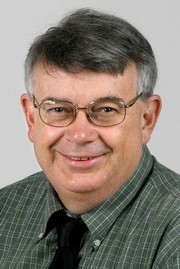 Charleston is a big-time player in tourism, fine dining and epic history.

Not that’s there anything wrong with that.

Sure, Daniel Island has the Family Circle Cup, a high-profile event on the women’s pro tennis circuit. And Kiawah Island’s Ocean Course had the 2012 PGA Championship and the 1991 Ryder Cup. (More on our local athletic-mecca victories later in this column.)

But when the eyes of the nation’s sports fans turn to our state, it’s usually to watch telecasts of college football or basketball games in Clemson or Columbia.

And if you’re already mourning the season’s looming end, why not get a final in-person dose of America’s most popular sport at the Medal of Honor Bowl?

After all, that second annual all-star spectacle will feature the best array of football talent at Johnson Hagood since Sept. 2, 1967.

That’s where and when I saw Miami linebacker Wahoo McDaniel kick a 27-yard field goal to lift the Dolphins to a 20-17 NFL exhibition victory over the New Orleans Saints. McDaniel also was a widely beloved pro wrestler who long and frequently graced Charleston’s County Hall with his devastating “Tomahawk Chop,”

Yet the talent level significantly exceeds last year’s Medal of Honor Bowl. And that inaugural edition included three players who were drafted four months later – and 73 more who were invited to NFL camps as undrafted free agents.

Lest you underrate undrafted free agents and/or players from non-big-time football schools, consider that “America’s Team” (aka the Dallas Cowboys, aka Chris Christie’s Team) signed Tony Romo in 2003 as an undrafted free agent from Eastern Illinois.

Lest you underrate the in-state appeal of Saturday’s game, consider that while it will spotlight pro prospects from across the land, the rosters also include players from The Citadel, Charleston Southern, S.C. State, Furman, Coastal Carolina, Clemson and South Carolina.

More good reasons to attend the game: It benefits the Medal of Honor Museum and the Wounded Warriors of S.C. – and 15 recipients of our nation’s highest military honor are expected to attend.

But he wasn’t small

Back to Johnson Hagood:

Among the players who have competed there in my lifetime as Citadel Bulldogs before moving up to the NFL: John Small (Atlanta picked him as the school’s only first-round draft choice ever), Stump Mitchell, Travis Jervey (ex-Wando High star and one of the American team’s assistant coaches this week), Andre Roberts (now with the hapless Washington Redskins) and Cortez Allen (now with the playoff-ousted Pittsburgh Steelers).

Among the coaches who have trod the Johnson Hagood sidelines …

Beyond football, John Kresse’s triumphant 1979-2002 tenure at the College of Charleston rates a special spot in local sports lore. His Cougars won nearly 80 percent of their games, the 1983 NAIA title and reached four NCAA tournaments with consistently tenacious defense.

So what if it’s supposed be a bit chilly (near 50) by our spoiled standards?

That’s a lot warmer than it will be in Green Bay on Sunday when Romo leads “America’s Team” to a playoff victory over the Packers.

And you can count on S.C. State’s “Marching 101″ band to heat up Johnson Hagood on Saturday.

Frank Wooten is assistant editor of The Post and Courier. His email is wooten@postandcourier.com.